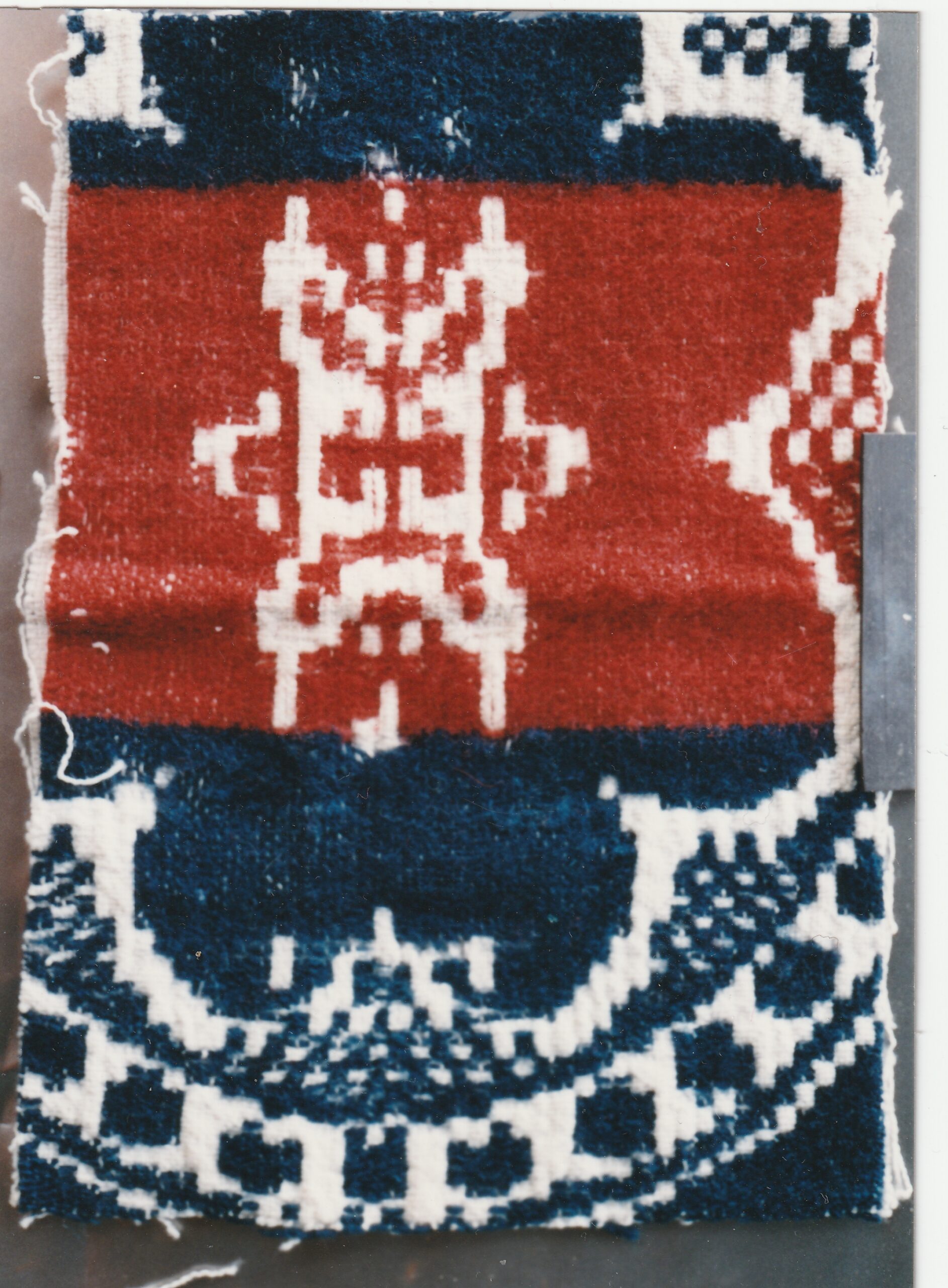 We have more wonderful stories from Grubbs Rex Road in the mid 1800’s in Monroe Township to share with our readers.

Did you ever study the census records that had ag reports attached? From these old reports it list how much the buildings were worth on the farm, what animals were raised as well as crops.

What intrigued me most was the raising of flax. From this plant the seeds and fiber is used and spun into fiber for linen. The Swanks raised 1/2 acre of flax. They also raised sheep for their wool. Along with their herd of 16 sheep and fleeces they produced 130 pounds of wool. From these two farm products, the Swanks produced their own material for linens used by the household. Items such as sheets, pillowcases, blankets and bedspreads were made by spinning the fibers and wool and possibly making the linens. The letter Karen has in her collection tells about the coverlet along with a photo of the small scrap family members were given as a memorabilia piece. It also mentions the yarn being dyed. Many natural products from the farm were used. We are not positive what the Swanks used but they have the blue and red colors in the photo.

It is possible some farms had weavers come on the premises and set up services of doing the weaving on the loom. A lot of antique coverlets had the weavers name/location on the coverlet.

Karen thought the Swanks raised the wool and flax as well as spinning it, dying the fibers and actually making the fabric and linens.

Some families may have taken their wool or flax to the nearby mills to have them prepared, spun or made into yarn or made into materials or items on the loom.

My friend, Judy Deeter who is a writer for Miami County, OH magazine “This Local Life” and historical writer for the website www.MyMiamiCounty.com found this information for me:  I found a story in Beers 1880 History of Miami County that might interest you.  It is about an early 19th century woolen mill at West Milton.  The story says people came from all around to have wool made into thread.  Blankets were made from the thread.

It is possible that people from the area went to West Milton. There could be other mills at the time around too. If so, there would have been some options available if not doing the entire wool or flax process yourself.

Do you have a wool, flax or textile story to tell? Do you own a coverlet or perhaps someone in your family did at one time? Or even a spinning wheel or loom? Please share with us.

Please read and follow the copyrights on this story and blog including photos, quotes, and info from other sources as property of the listed as well as AWTHS.