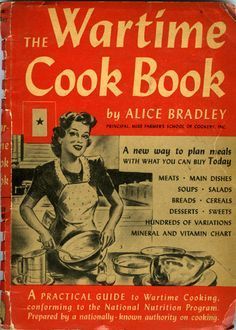 With the world wide pandemic in effect there are some similarities from the past to the present. While we are not being currently “rationed” on foods there are some shortages of grocery items as well as cleaning supplies.

We learn from the dairy farmers that the farms have plenty of milk. The issue is the processing facilities being able to process the type of milk products for the home use verses other processing being for restaurants and schools. With the public being quarantined, people are naturally eating more at home which results in more grocery or at home food items. That can result in some shortages of food items, particularly milk, at the grocery story.

Another story has been the public stepping up to provide needed medical supplies such as the home sewn face masks. Many have donated time sewing or necessary supplies. Other companies have switched over to making medical supplies and equipment. This is somewhat similar to factory work during WWII where companies converted to the war effort by making machines and parts for all the different areas of the military. For one was the racquet factory in Arcanum. Even during the Great Flood of Dayton in 1913, John H. Patterson of NCR made rescue boats to help save those stranded during the flood. In the Civil War era, women made blankets and bandages for the soldiers.

We applaud those who have stepped up to the times in whatever emergency or situation.

The Why, The How, and What Foods?

Soon after the Japanese attack on Pearl Harbor and America’s subsequent entrance into World War II, it became apparent that voluntary conservation on the home front was not going to suffice this time around. Restrictions on imported foods, limitations on the transportation of goods due to a shortage of rubber tires, and a diversion of agricultural harvests to soldiers overseas all contributed to the U.S. government’s decision to ration certain essential items. On January 30, 1942, the Emergency Price Control Act granted the Office of Price Administration (OPA) the authority to set price limits and ration food and other commodities in order to discourage hoarding and ensure the equitable distribution of scarce resources. By the spring, Americans were unable to purchase sugar without government-issued food coupons. Vouchers for coffee were introduced in November, and by March of 1943, meat, cheese, fats, canned fish, canned milk and other processed foods were added to the list of rationed provisions.

Every American was entitled to a series of war ration books filled with stamps that could be used to buy restricted items (along with payment), and within weeks of the first issuance, more than 91 percent of the U.S. population had registered to receive them. The OPA allotted a certain amount of points to each food item based on its availability, and customers were allowed to use 48 ‘blue points’ to buy canned, bottled or dried foods, and 64 ‘red points’ to buy meat, fish and dairy each month—that is, if the items were in stock at the market. Due to changes in the supply and demand of various goods, the OPA periodically adjusted point values, which often further complicated an already complex system that required home cooks to plan well in advance to prepare meals.

Please share your stories about WWII and rationing. How did it affect your family or the community? What foods do you remember eating? Our next blog will focus on Arcanum and the community – writings from our local newspaper.

Stay tuned! Also visit our two previous blogs about Life on the Farm and Women on the Farm which mentions the Depression Era as well as Life in the 1930-1940’s and during WWII.