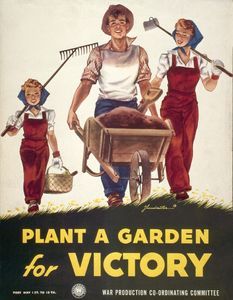 During WWII food rationing or restrictions were applied due to food needed for the soldiers overseas as well as limited food supplies due to war destroyed lands and shortage of labor.  Trade routes were often disrupted due to war.

Please read our past blog about “Out of the Trenches”: “Out of the Trenches” and “Letters from the Trenches” are  books based on  the WWI Diary/Letters of Daniel R. Warvel, Purple Heart Recipient – Born in Beamsville, Ohio 2-29-1892 transcribed by his granddaughter, Lana Lease-Johnston, Noblesville Indiana.  Lana remembers her mother’s most prized possession was a little brown pocket diary. The front cover had broken […]

Lana has recently put together a post which we shared on our FB page about her grandfather and being sick during his service. Please read her comments regarding this possibly being the Spanish flu which was going around the world at that time and the effects on the military.

Out of  Arcanum…a secret place on page 217 we read about WWII:

Dealers must list all tires and tubes, even obsolete.  Retreads and recaps now being rationed.  Also new autos are being rationed, with their rationing falling under Tire Rationing committee (AT 2-26-1942)  *The rubber production was obtained from Japan prior to the war.

Farm machinery now being rationed, farmers must make application to purchase machinery (AT 9-24-1942).

Due to conservation efforts, speed limit is now 35 miles an hour.  Those caught speeding will lose any tire certificates they may be entitled to (AT 1-13-1943).

No Alumni Reception this year due to restrictions on food, entertainment and transportation. (AT 4-22-1943).

Following quickly on the termination of the war, all gasoline rationing was cancelled as was rationing of all processed fruits and vegetables.  Meat rationing is to be terminated in early fall.  As of today, meats, fats, sugar, shoes and tires are still rationed.  Last Saturday the office of Defense Transportation lifted the 35 mile per hour speed limit which had been in effect since early in the war.  Tire rationing in the United States will end January 1, it was just announced.  (AT 8-23-1945).

AT is the Arcanum Times Newspaper.

In an era before the pervasive use of synthetic fibers, the value of milkweed floss lay in its buoyancy. The armed forces used it in the manufacture of life preservers needed for its airmen and sailors. Life preservers were critical to Allied success, since so much of the war was fought on or over the seas.

Therefore, it was schoolchildren who spent the untold hours walking fencerows, roadsides and railroad right of ways looking for milkweed, which before the war was considered little more than a weed.

Onion sacks were distributed to carry the collected pods, and children received 15 cents per bag, with an additional 5 cents if the pods were dried. Two bags of pods contained floss for one life jacket. The U.S. military called for the collection of 2 million pounds of floss nationally.  https://charlevoixemmethistory.weebly.com/wwii-milkweeds.html

This information was from Author Sarah Sundin’s blog.   Check out her detailed blog and web site as well as books.  They are informative and good reading particularly about WWII. http://www.sarahsundin.com/

Local Communities held scrap drives of all sorts to be contributed to the war effort:

From June 15-30, 1942, the United States held a nationwide rubber drive. People brought in old or excess tires, raincoats, hot water bottles, boots, and  floor mats. In exchange they received a penny a pound.

In 1942 citizens scoured their homes, farms, and businesses for metal. Housewives donated pots and pans, farmers turned in farm equipment, and children even sacrificed their metal toys. Many people removed bumpers and fenders from their cars for the war effort.

Tin cans and paper drives were common as well.

Perhaps the greatest item collected in scrap drives was kitchen fat, an item necessary to produce glycerin. Glycerin was a vital component of bombs and other types of explosives.

Collecting aluminum foil was one of children’s favorite activities, according to one woman who was a child then. The foil mainly came from gum wrappers and the lining of cigarette packs. Kids would start making a ball from the foil. The goal was to have the biggest ball of foil.  http://www.tn4me.org/article.

This sounds similar to scrap and paper drives today as well as curbside recycling to reduce waste as well as aluminum and metal scrapping to help conserve and reuse as well as earn some extra dollars.

On a personal level, my parents talked about getting married during WWII and starting setting up house. Both worked at Hobart’s in Troy for the war effort. It was hard to find appliances so they made do with what they could find used or from someone in the family. I remember my mom talking about stockings or hosiery being in short supply. The ladies took their eye brow pencils and made the lines down the back of their legs to resemble the seams of stockings! WWII cookbooks were common as the keeper of the house would need to use ration coupons and have limited foods and amounts to cook and plan meals with.

Please share your family stories or thoughts about recipes, rationing and experiences or what you remember hearing about the community.